he best method for accelerating a computer is the one that boosts it by 9.8 m/s2. (Anonymous)

Java is to JavaScript what Car is to Carpet. (Chris Heilmann)

Walking on water and developing software from a specification are easy if both are frozen. (Edward V Berard)

Hardware: the parts of a computer that can be kicked. (Anonymous)

The generation of random numbers is too important to be left to chance. (Anonymous)

The computer was born to solve problems that did not exist before. (Bill Gates)

In a room full of top software designers, if two agree on the same thing, that’s a majority. (Bill Curtis)

I am not out to destroy Microsoft, that would be a completely unintended side effect. (Linus Torvalds)

There are only 10 types of people in the world: Those who understand binary, and those who don’t. (Anonymous)

There are only 10 types of people in this world. Those who know ternary, those who don’t and those who confuse it with binary. (Anonymous) 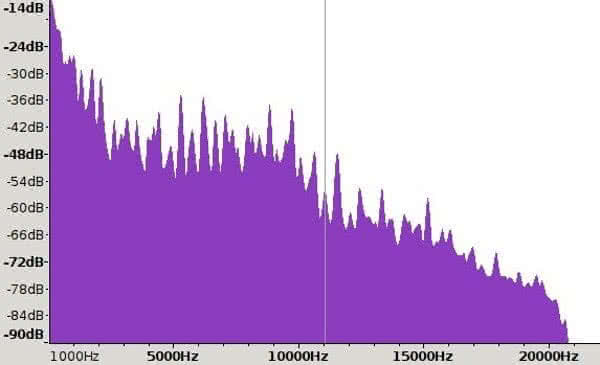 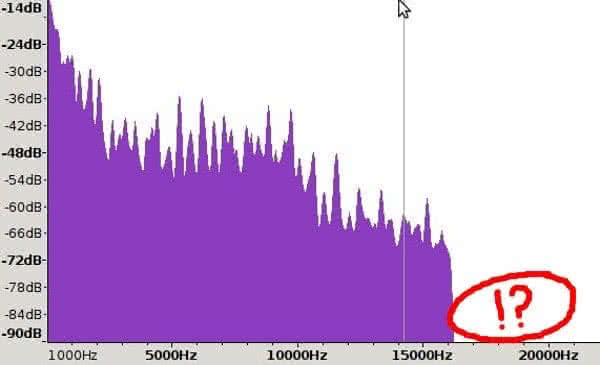 aving noticed that a majority of copied CD (and even DVD) sold on our (VN) market is of quite a poor acoustic quality. The fact is that they are burned from kind of compressed data, not the original data on genuine disk. This defect is much more apparent with acoustic sound (e.g classical music) than synthesized sound (like tech-no…). It’s quite difficult for one to know since anything compressed at 196 kbps and above can hardly be differentiated without good ears and speakers.

Below is spectrum analyzing of two pieces of sound (from a same CD track), one extracted to the loss-less format flac, one compressed into 128 kbps mp3. Just use the simple sound editor of Audacity, we can see clearly that with the compressed case (image the right): any frequencies above 16 KHz are discarded, compared to the loss-less case (image on the left). We can easily recognize a fake CD, for most of the time, using this simple technique! 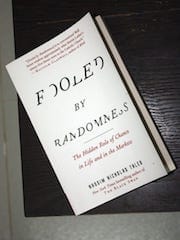 sually on my birthday, I would receive messages like: Congratulation to the Party! Congratulation to the government! Congratulation to President Ho Chi Minh! (the day happens to be also the Man’s birthday) 😬. But last month, I received this book, a nice gift from a friend, a soft – paperback hard – copy of the famous writing: Fooled by Randomness! I’m now half – way through the book, a bit difficult for non – English – native readers, but really interesting in every details!

My major hobby is teasing people who take themselves & the quality of their knowledge too seriously & those who don’t have the courage to sometimes say: I don’t know. You may not be able to change the world but… (www . fooled by randomness . com)

As with every outstanding thinkers and thinkings, the book’s caused controversies since it was first published (2001), written by Nassim Nicholas Taleb, a skeptical scholar and at the same time, a successful trader. I’ve been for long, looking forward to these types of cognitive thoughts! It’s too soon to have some comments on the book, but for now, the debate between Einstein and Heisenberg, between determinism and un – determinism would just go on!