very brief recall of moments on water with my boats: Hello World – 1, Hello World – 2, Hello World – 3 and Serene – 1… Maybe I should make a calendar from these 12 pictures (for the next 12 months of the year 2016) and put it on my working table 😀. Some flashbacks: 2 years, 4 boats, and lots of fascinating memories on the flows of rivers and sea!

inal entry of the Serene – 1 series. There wouldn’t be any major updates, add – ons for the kayak since most everything is completed, and I need to shift my times and efforts into some higher – priority tasks. In a sense, an important milestone has been reached, the designing, building and equipping of my newest beloved kayak. A fascinating process at the beginning of which, I didn’t even think I could make it, and I didn’t know where it would lead to, a nice useful watercraft, or… a disaster!

Serene – 1 is the best kayak of mine until now, outperforms all others in term of performance, lightweight and agile, pretty much fast, with some sacrifice in primary stability. Yet, it is not without some weak points that could be further improved, and that would be the concerns of my next boat project (still have no plan for that at the moment). I’d tried to get out with the best design, the best building as I could, learning lots of new things about a hull’s hydrostatics and hydrodynamics along the way.

But let me make a clear point about this, even the best cruising hull, the best equipments won’t improve your mileage by 15 ~ 20 percent, for a whole – day paddling. After all, it’s you, your horse – power output, your determination and physical endurance, which are the factors that could make a key difference. To be honest, sometimes, I have a strange self – satirising feeling that I’m quite like Popeye, the Sailor man cartoon character, especially before embarking on some longer journey! 😀

Where to go from here, now!? I have so many ideas on boat and boat – building, so much that I fear that I wouldn’t have enough time to carry them out all. But sometimes, I should be pleased with what I’m having, me, a nice little boat, and the immense water space to indulge myself in!

Time on water is the time well spent 😀, constant hard struggles, always keep a cautious eye on wave, wind and weather, be prepared for bad things, and reserve the other eye to enjoy the many different shades, different faces of the water. That’s truly serene for my mind then! 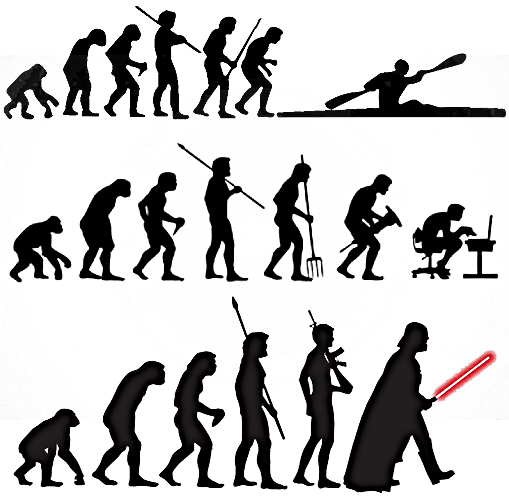 ontrary to my initial thinkings, the second Greenland paddle has proved to be the most satisfactory among mines. Despite its short length (190 cm), I’ve found it the best balance between length, blades’ width, weight and force. And that’s explainable, cause I have small arms and quite a short arm span, in body building, could be called a “bottom – heavy” type, my upper part is not too strongly built, unlike the lower part. And that has some advantages as well as some disadvantages in kayak paddling.

I could often balance the boat better in shaking situations, compared to the “top – heavy” type, but also, I usually find myself understrength when prolonged heavy paddling is required. Overall, I’m very pleased with my new pair of Greenland paddles, especially the second one. And that’s an attractive appearance, my boat with the two paddles, all of one same nice wooden style! 😀 On my paddling route, I usually meet and have some talks with the captain of a 2000 – ton dry – cargo vessel named UT Glory.

He proposed buying my kayak, and before I could make a polite refusal, he insisted: you know, price is not the problem! 😀. Well, at least someone who really want to have a nice little boat like her that much! It takes some moments choosing the right words to answer him, that I won’t gonna sell her, Serene – 1, my self – designed, self – built boat! And for sure, he wouldn’t be able to find anyone who could produce just a simple, hand – crafted kayak in Vietnam though, as far as I know.

Apart from some plastic, fiberglass kayaks used for “tourist attraction”, kayaking as a real hobby in Vietnam is virtually non – existent. That explains why the kayak – building, kayak market in VN is virtually zero, though designing, building one is not any big thing, I would say. Why so!? 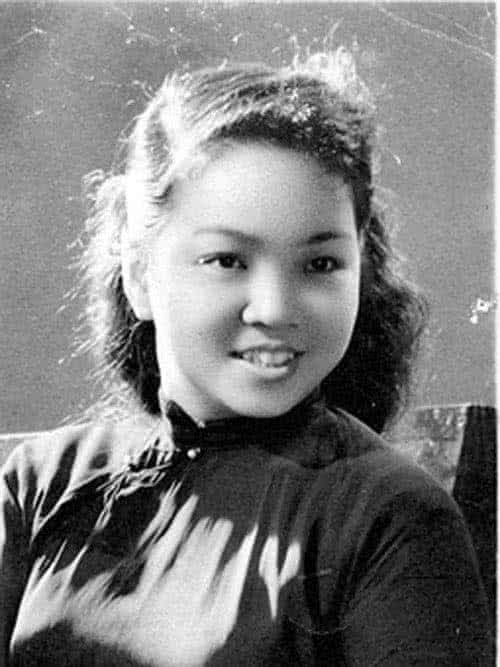 aving gained some know – hows from my first Greenland paddle, I proceed to making the second one. This is not a “storm paddle” as mentioned in the previous post, but rather just an auxiliary, backup one. It would be shorter (190 cm), and wider (10.5 cm), as my first one, though suitable for long range paddling, lacks the force needed to compete against really strong current and wind. I think it’s wiser to have a pair of paddles to compensate each other (and stop using the plastic one completely).

But first, I need to reshape my first paddle a bit, to make it even lighter, and turn the cross – sections from “rounded – rectangles” into real flat – ovals. The blades are still quite thick, especially at the edges, and they’re making quite some noises when entering the water. A good paddle should make as little sound as possible, so that the water birds wouldn’t fly away until you’d approached them within 4, 5 meters or so 😀. Well, those lovely water birds, an interesting story I would tell in another post.

5th image below: using a spokeshave to carve the edges (the rougher job is done with the machine planer already). I’d turned to love this tool, it removes wood easily and nicely. As I’m gaining more experiences with wood working, I feel more confident and rely more on the manual tools, as they allow me to do the finer jobs. 6th image: the pair of paddles, they’re just a little bit heavier than the plastic paddle, but feel like firm enough for hard uses though! Now ready for the glassing and painting tasks!

For true wild birds, it’s hard to approach them within 10 meters without signaling them on your presence. But for those “half – civilized” birds around my area 😀, they only fly away when I’m just 3, 4 meters apart. That implies some things on the city’s noise – pollution, I would suggest.

8th image: the blades’ tips get one layer of 6 – oz glassing on each side (which cover about 20 cm of blade length). Some light painting still needed to really finish them though, to protect the epoxy resin from UV! I’m eager to try out the two paddles in action in the next couples of day! 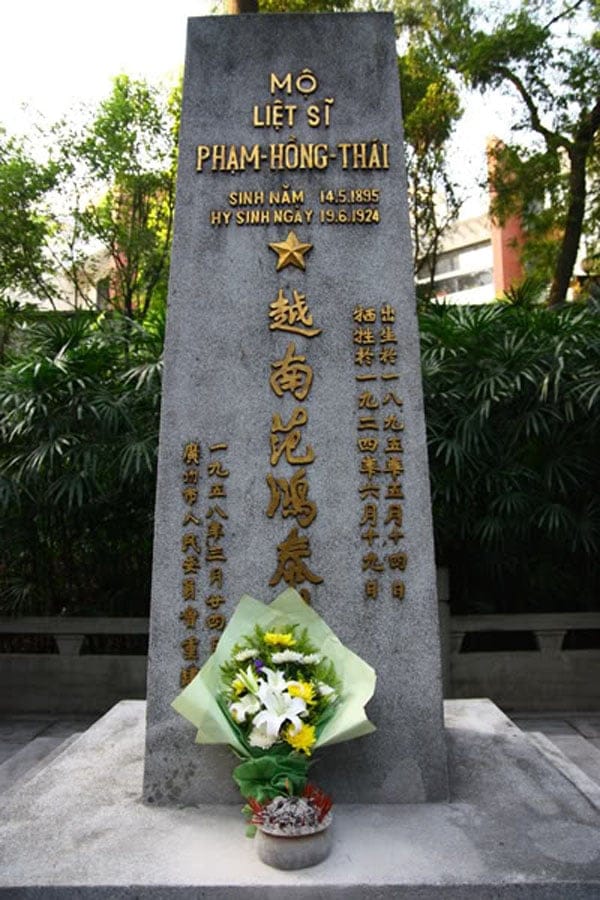 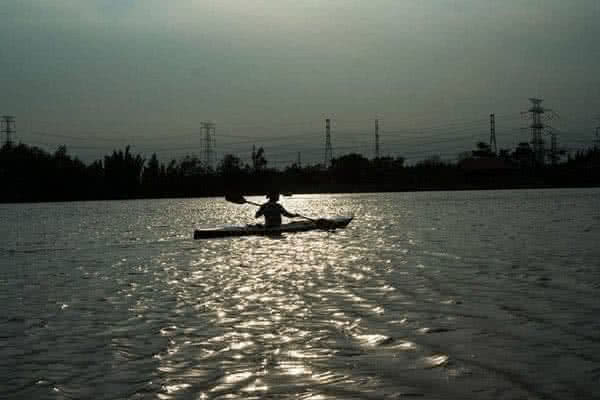 And as we wind on down the road,
Our shadows taller than our soul…

irst two images below: the paddle takes its final shape, it is quite light indeed. Next I would glass the two blades’ tips to strengthen them a bit to avoid cracks in collisions, then some little thinned epoxy, then paint the whole thing with the same kind of PU used for the boat. Less is more is the “principle of operation” of a Greenland paddle (compared to a wing paddle), but it would take times to really accomplish that. A completely different toy, and quite a separate way of using!

The next couple of weeks, I would just re – train myself with the new paddle. It’s quite a different style, the thinner blades allow movements very closed to the boat’s body, they enters water in almost a vertical manner. It takes time to suppress old habits, find out the most efficient way and make the most out of this newest toy! I would use this and the old paddle in parallel, at least in a ‘transitional time’, a second “storm paddle” is in plan, but only after I’m well – versed with this new one!

Initial testings prove the efficiency of the Greenland paddle, at normal cruising paddling pace, there’s no noticeable difference in speed, while it’s more lightweight and ‘handy’ to operate. And my boat proceeds with much more balance and hence, tracks better with this new ‘propeller’. I would trim the blades shorter (and also make it thinner at places), 210 cm is still quite long, I guess the final length would be somewhere between 200 ~ 205 cm, but only trials would tell the final, ideal fit.

I still need to test the new paddle more, to know if it could totally replace the wing paddle. In specific, I’m still worrying about its capability to provide enough force against strong head wind or other adversary conditions. Its efficiency under normal cruising situations is out of question.

My new paddle is light and firm, much more dependable compared to my previous one. And it is made of wood, looks better, not that ugly plastic outlook anymore. This one, when pulled hard through water, produces a mild vibrating sound, like a musical instrument, really interesting to hear! 😀