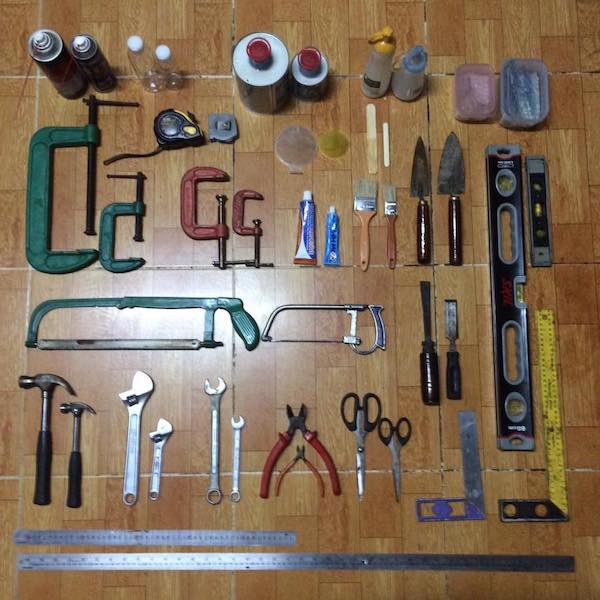 ‘ve been thinking about kayak hatches over and over again. Starting from the very early days with my plywood hatches (in Hello World – 2, 3) which are obviously not watertight, to the Beckson hatches on my Serene – 1 kayak. The Beckson is very good, watertight and even air tight, but sadly that’s only true in ideal conditions. In reality, in multiple days trip, when mud and sand has get into, it would leak by a small amount.

The Beckson is not ideal hatch for kayak in my idea (for other purposes, it may be ok). The reason is that the hatches are built flushed with the mounting surface, and some inner elements are even recessed… When the water washes over (as always happened to the very low freeboard of a sea kayak), and when the O – rings are not properly lubricated, or when there’re some mud, sand inside the joints, water would leak in.

That’s why I decided to build my own hatches for this Serene – 2 new kayak. The idea is really simple: the hatches are raised a few centimeters above the mounting surface, and even when the seals are not too tight, that would suffice to keep most of the water out. Examine many sea kayak hatch designs, I’ve found out that simple thing, that the hatches should be raised (not flushed or recessed) above the deck.

1st image: cutting thin (2.5 mm) wooden strips used to build the hatches. 2nd, 3nd images: the 3 MDF templates for hatch building: the rear, the front and the day hatch, sizes in diameter: 30, 25 and 20 cm respectively. 4th image: building the hatches’ coaming with thin wooden strips around the templates, each coaming consists of 2 layers of strips which bend easily around without cracks and without the need for steaming. 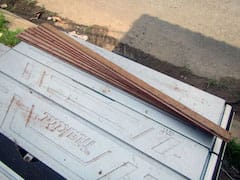 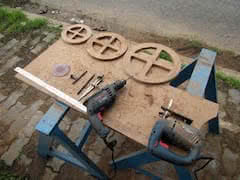 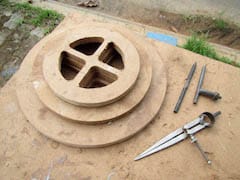 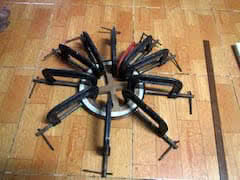 inished with Serene – 2‘s first paddle, continue to the second one. This would be the pair of paddles, one Greenland style, and one Euro style, that I would use on the new kayak, intended to be slightly smaller in size, and much more lightweight compared to my previous ones. The Greenland paddle is not a typical Greenland one, it’s rather quite short with bigger blades, and the Euro paddle is not of typical Euro style neither 😀.

As it is quite small compared to most Euro style paddles. It’s quite hard to justify my design decisions, but all came from my paddling experiences, that I would need a slightly bigger Greenland paddle for all – round paddling, and a slightly smaller Euro paddle to provide more power in “adversary” conditions. The second one would be lightly & simply built also, with that same kind of rattan shaft, and thin plywood blades.

1st image: the finished Greenland paddle. 2nd image: dry fitting the Euro paddle’s blades and shaft. 3th image: bending the plywood blades, I want them to be just slightly curved around the longitudinal axis, it’s just nearly impossible to bend the plywood around multiple axes, to decided to stay with the simplest blade design. After gluing the blades and shaft together, the paddle would receive a layer of fiberglass all around.

4th image: glassing the second paddle, next to it is the finished Greenland paddle, the pair of paddles near completion, they all need to be “trialled” soon, to evaluate their performances, and to see how they would behave in real world. Final weights, the Greenland paddle: 0.82 kg, the Euro paddle: 0.9 kg, not up to the “standards” yet, but quite near, that’s fine anyhow, as they’re very light (compared to my previous paddles) 😀. 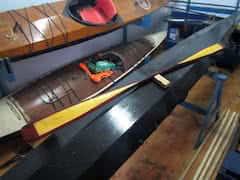 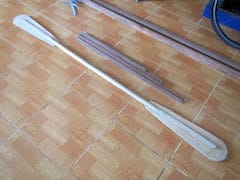 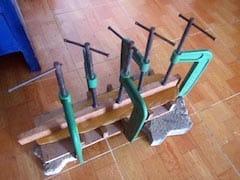 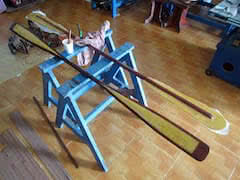 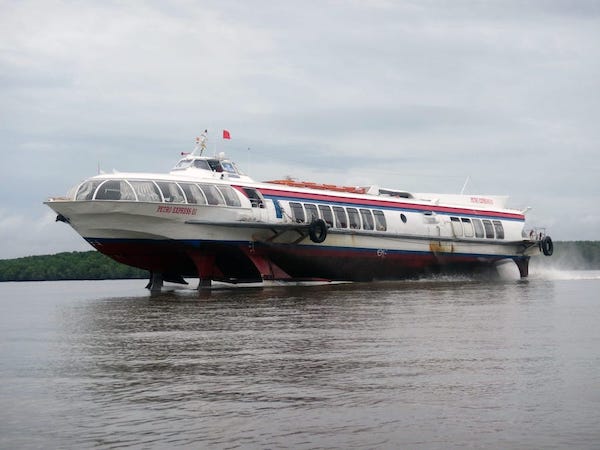 leaning and tidying up the workshop in preparation for my next Serene – 2 build. Having a chance to look back at the past few years’ works. Apart from Hello World – 1, my first build, a small canoe which is no longer functional (it was turned into an in – house shelf), the 3 kayaks seen here are built in a 3 – years time span, one in each year. Still feel not having enough of them, still in the quest for my “perfect expeditional kayak”! 😀 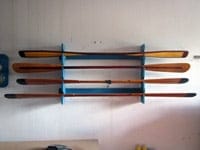 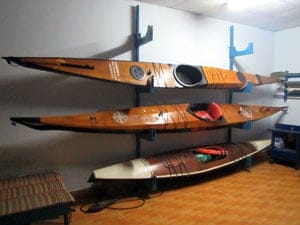 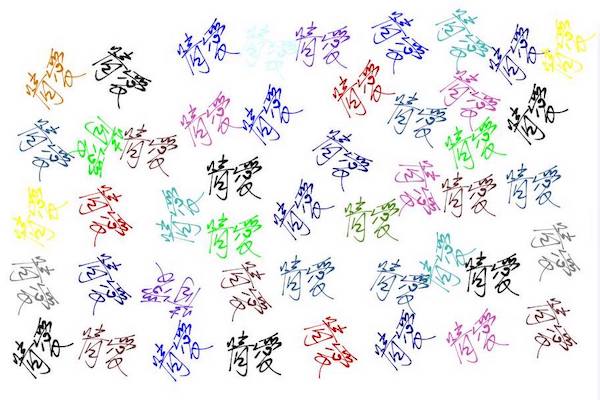 he first image: cutting two hardwood blocks to attach to the paddle’s 2 ends, 2nd image: scraping the paddle blades with a power planer and a spokeshave. 3rd image: the paddle takes its final shape, next it would be sanded, colored (stained with thinned epoxy), glassed then painted. The paddle would receive a layer of fiberglass all over the body, to waterproof the porous balsa wood, and to strengthen the whole structure.

This is only the first of two paddles I’d intended to build. A lightweight Greenland paddle would be my convenient, all – round thing to propel the boat with. But under some particular circumstances, e.g: very strong wind or current, I would need a more powerful tool, that’s why my next one would be a paddle of the usual Euro type, it would be also very lightly built, and has much smaller blades, around 50 x 14 cm in dimensions.

I’ve not yet to really realize which paddle type is better: Greenland or Euro, but thought that they all has their uses in different situations, and decided to build and use… both. Also, my paddles all has become smaller and shorter, their lengths now are around 1.85 ~ 1.9 m. My thought is that sea – kayakers nowadays are using paddles that are longer than needed (around 2.2 m), especially those going for long touring.

I made a terrible mistake, using the wrong duct tape to mask the paddle for coloring. A kind of 3M duct tape is so sticky that it’s extremely hard to be removed after having painted the paddle blades with colored – thinned – epoxy. I seriously scratch the surface while removing the duct tape (with a chisel) resulting in a very poor finish on one blade 😢. The paddle would be perfectly usable, but not as good – looking as I’d expected. 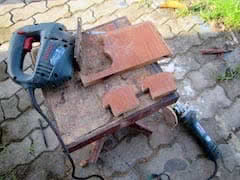 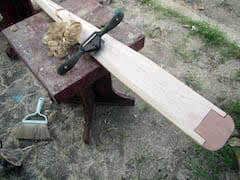 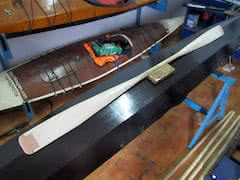 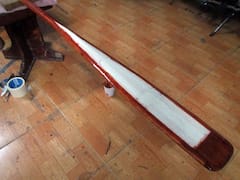 till don’t have some free times to start my Serene – 2 kayak building yet, and all preparations (mainly materials purchasing) has not been completed. So I start slowly with building some other miscellaneous objects. First are the paddles. A typical WRC (Western Red Cedar) Greenland paddle weights around 0.7 ~ 0.8 kg. My two paddles, built with tropical hardwoods, though durable, weigh too much: 1.3 ~ 1.5 kg.

A lightweight paddle has very obvious advantages on long journeys, and I’ve been thinking about resolving this weighting issue. So I’ve decided to realize an idea which I’ve been having for a long while, in a tropical country like Vietnam, the best material you could use for a paddle is… rattan. Rattan is very lightweight, but it’s also very durable, flexible, and stiff, an ideal material to be used for building the paddle’s shaft.

In order to keep weight to minimum, in combination with the rattan stick, I use balsa wood for the blades. Construction is quite simple indeed, the rattan stick is splitted into two halves at the two ends, and two balsa wood blocks are inserted to form the blades’ shape (see the 3rd image). Balsa wood is quite hard to acquire in Vietnam, I’d made the wood block from 6 small 5 – mm – thick balsa sheets, laminated together.

Next is the job of careful – carving down the blades’ shapes. The 4th image: empty spaces at the two ends of the paddle, that would be the places for two hardwood blocks in order to better resist against cracks upon physical impact. The paddle would receive a layer of glass to further strengthen the structure and to protect it against water. Balsa is too porous and without protection, it would takes on water in the long term. 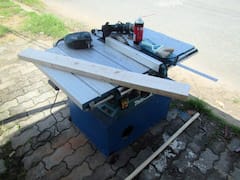 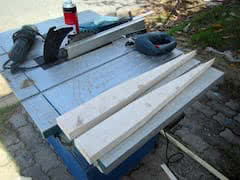 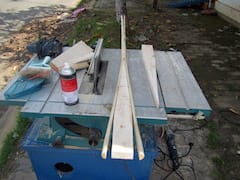 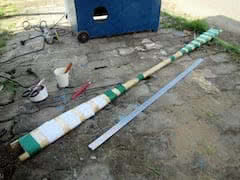