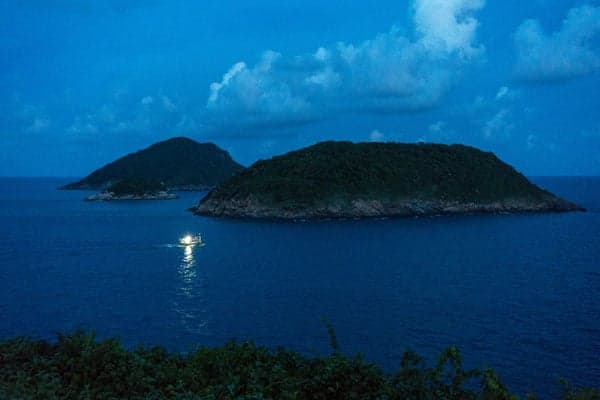 or the last several months, I rarely take a camera with me while kayaking. Partly cause I don’t want to bring delicate electronics to water, partly cause I want to concentrate just on paddling. But that’s why I’ve missed many noteworthy things on the way, many times I wished I’d had a camera at the right moment.

The other day, I was paddling in the late afternoon when a large flock of white storks approached my boat in the opposite direction. The V – shape formation obviously was utilizing the “surface effect”, flying closed to water. Just 10m away, the birds raise the altitude, make lots of noises, and pass above my head, a spectacular scene!

Another day, I was taking a short rest under a big mangrove palm tree, watching a beautiful butterfly in a brush nearby. All of a sudden, a big catfish jumps from beneath the calm water, catches the butterfly in its mouth, then disappears as quickly as it comes. I wished I could have taken a picture of that interesting moment!

Most people I met on rivers is friendly. The local fishermen are usually timid (except when they’re drunk), the vendors are talkative and glib, only the professional sailors warmly share with me their thought on boats and boating… I receive lots of questions on my boats, and some even propose to sell / build for them another Hello World – 2 😀.

A week ago, I passed by a group of wooden boats, whose outlooks are very different to boats of this area. The long, narrow hull, the crescent rudder, colors and decorations… those could be boats of Cambodian influences, I’d thought, very original design, little modern modifications! The next day, I come back with a camera, and they’ve gone! 😢

Today, I met that group of strange boats again, luckily. It turned out that they’re of Cham ethnic group, not Khmer as I initially assumed, coming from Châu Đốc (An Giang province). It was so good that a really friendly young guy showed me around the group of 4 boats, 4 families living floating lives. They’re poor, but simple and sincere!

The young men then showed me that of the four boats, there’s a different one, it’s an “antique” dugout boat, made mainly from a single huge log of wood. The other 3 are modern builds, wooden planks on frame, although externally they look exactly the same. He said, the dugout boat has been handed down from generation to generation…

…And he doesn’t even know how old the boat is, but estimated that it should be older than 150 years. I examined the boat’s very original design, such a dugout is surely a very rare specimen that can hardly be found today. I then continue my paddling path, many entangled thinking in my head, twilight is gently casting on the immense river…

(Many pictures taken are not very sharp, since my new fixed lens has difficulty making proper focuses through the opaque water – proof plastic cover)

ay after day, I gradually… felt in love with my new kayak 😀. Although quite sturdily and heavily built (around 32 kg), it behaves well on water. The longer and thiner hull offers much better speed (compared to Hello World – 1), but the most important thing is that the hull shape provides and maintains sufficient “kinetic energy” for the boat to make sustainable headway into unfavorable winds and waves!

The added retractable skeg works perfectly! Within the storage compartment lies the skeg box, which houses a 30 cm skeg blade that can be controlled (lowered or raised) via a steel wire which runs into the cockpit on the right of my seat. With winds coming from astern, the skeg is lowered to reduce the boat’s drifting and yawing, or when waves are large, the skeg helps reducing rolling motion.

I now have the excellent Fein Multimaster oscillating tool into my woodworking collection. Watch a demo video here to see what the wonderful Multimaster can do. There’re some other accessories needed for this Hello World – 2: a paddle, a hand pump… For the paddle, it’s the first time I experiment with carbon fiber fabric, it seems to be very solid, but I need to learn more to get the most out of this special material!

The hand pump is quite simple indeed, it takes just a couple of hours to get it done. Two check valves (one way valves), some PVC parts, and a toilet pump (available at most super market). The hand pump is a crucial accessory for my kayak, as now it’s turned into rainy season, and as I’m paddling into rougher water. There’re some more accessories to be made and tested, before… the voyage begin!