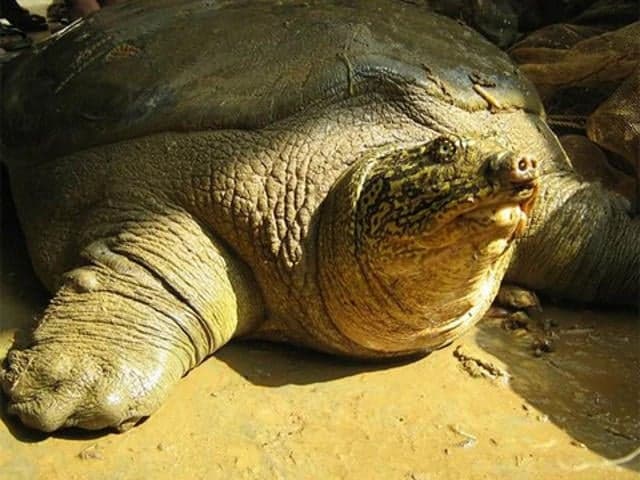 This could be the last living turtle in Hoàn Kiếm lake and among the lone 4 surviving individuals (2 in China and 2 in Vietnam). The specie is known to be the largest soft – shell turtle in the world. 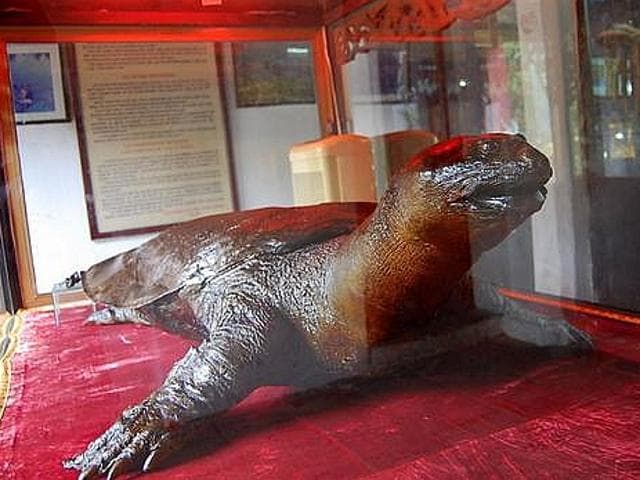 ecently, there’s been much activities on protecting the last specimen of turtle living in Hoàn Kiếm lake. Preserving efforts are being taken place to: improve his living conditions and try to mate him with similar turtles in the hope of producing offspring. All Vietnamese was taught at elementary school legends behind this sacred Hoàn Kiếm turtle. And through out our history, the turtle appeared at crucial moments for not just one time… It’s the Golden Turtle who assisted King An Dương Vương in building the ancient citadel of Cổ Loa (~ 257 BC).

The turtle later helped the king in creating a multi – shot crossbow that destroyed the Northern invaders… In the last “known” advent, the Golden Turtle was sent to reclaim the Heaven’s Will Sword, which was given to Lê Lợi who carried out a 10 years resistance war and regained Vietnam’s independence. Much like King Arthur and his sword Excalibur, myths on a sword with super power sent to assist the hero is unlikely. However, the story’s moral is much more likely and profound indeed:

One year after winning, declaring independence and becoming the Emperor (1428 AD), Lê Lợi goes for boating on a lake near his palace. In the mist of the lake, the Golden Turtle appears, advances toward the boat and asks the emperor to return the sword. It suddenly became clear to Lê Lợi that the sword was only lent to him to carry out his duty, as a powerful weapon in war time, but it now must be returned to its owner, lest it would harm him and his country if misused as it’s not the appropriate tool in peace time.

Lê Lợi draws the sword out and hands it to the Golden Turtle, who grasps it with his mouth, then disappears into deep water. Aftermath, the lake was renamed Hoàn Kiếm, which means: lake of the Returned Sword (or Sword lake for short in spoken language), now at the center of Hà Nội, Việt Nam’s capital. Wise old men argue that if this only remaining sacred creature is going to die, then who would reclaim the hammer and sickle – ☭ ? 😬 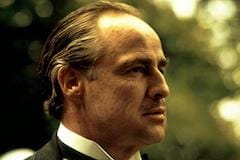 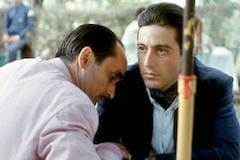 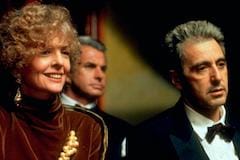 ome recently seen (in the past few weeks) post – Soviet Russian war movies: Admiral (2008), Attack on Leningrad (2009) and Brest Fortress (2010). I can’t say anything rather than: marvelous! Both these three films should be on top of greatest war films, in many aspects: acting, costume and makeup, sound & music… comparable to any other war films ever made in the West. CGI (Computer Generated Imagery) is really good but maybe still a bit after that of Hollywood.

Russian cinema has made excellent advances, less propagandic, less rigid patterns, closer to real people in real life… that the things that made the films worth watching! In my opinion, of the series of three, the later the more interesting ones (though others may have their own different idea and evaluation).

The films recites the life of Aleksandr Kolchak, admiral of the Russian Empire Navy. Kolchak himself was a complex character, living in a complex time: a famed Polar explorer, a valorous naval commander, a passionate lover, and eventually the Supreme Governor of the anti – communist White forces. No longer ruled by a dictatorial doctrine, Russia is now seeking to bring back true images of an extremely harsh period in her history.

The film starts with glorious feats of Kolchak commanding a destroyer in the Navy, his bravery in battles, his love affair with Anna Timiryova… and then the Red October came. Kolchak becomes the Supreme Ruler of the White Russia, who fought against the Bolshevik. Kolchak has far less success as a political leader than as a naval commander, he was finally arrested and executed by the Red. After decades of being vilified by the Soviet government, Kolchak is still now a controversial figure though there’re been rehabilitation movements to restore the place he deserves in Russian history. 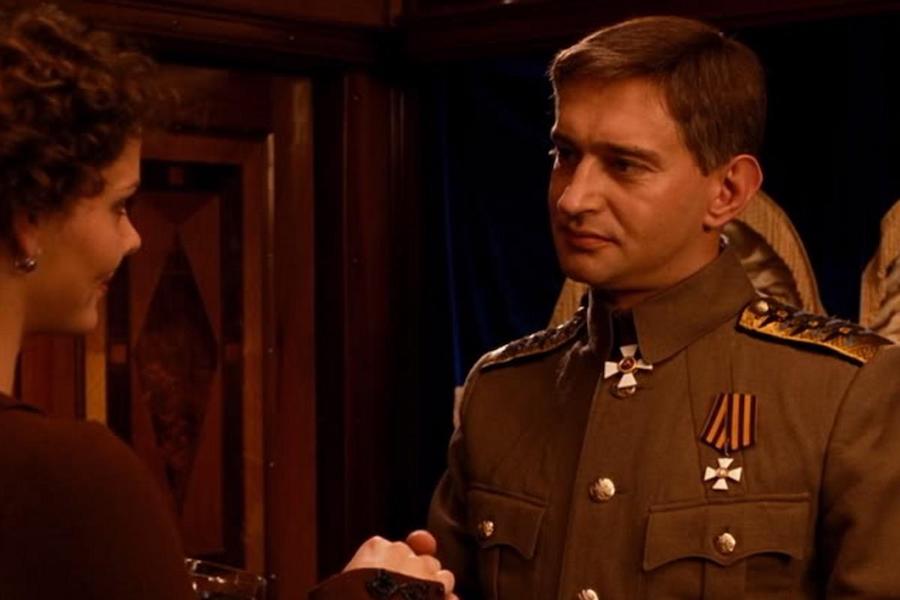 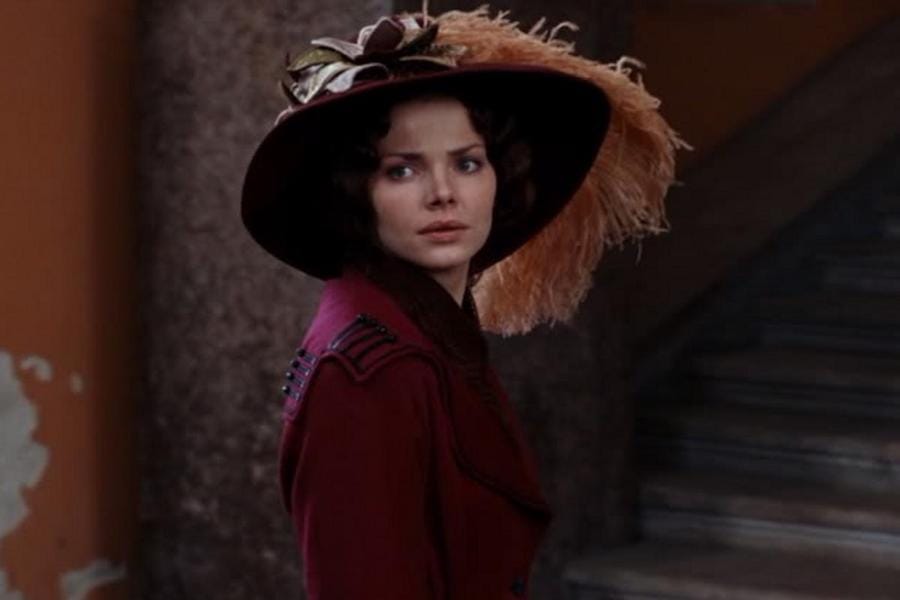 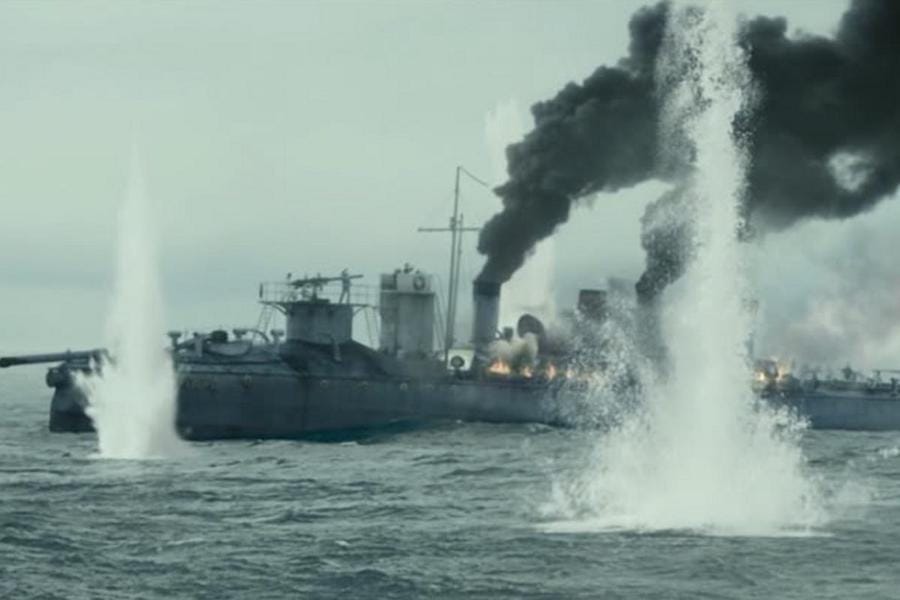 An English journalist (of Russian origin) was trapped in the besieged city of Leningrad, the war correspondent Kate Davis was assumed dead but find herself among the starving people of the city struggling for their own survival. With the help of a kind and idealistic police women Nina Tsvetnova, they live through the 900 days in that sieged hell where food shortage only permits a ration of 125 gram of bread for each person a day. Encirclement around the city was almost completed, the only supply route through lake Ladoga was called the Road of Life (and also the Road of Death).

Nina Tsvetnova later guides a soldier group attempting to re – establish the supply route across the frozen surface of the lake. As a reward, she is permitted to bring members of her family out of the city. Nina along with the journalist take one child out with them. They succeeded but decide to return to help another child. Both two women died in the terrible city but saved two children out of the 1.5 million civil death toll, half of the city’s population. 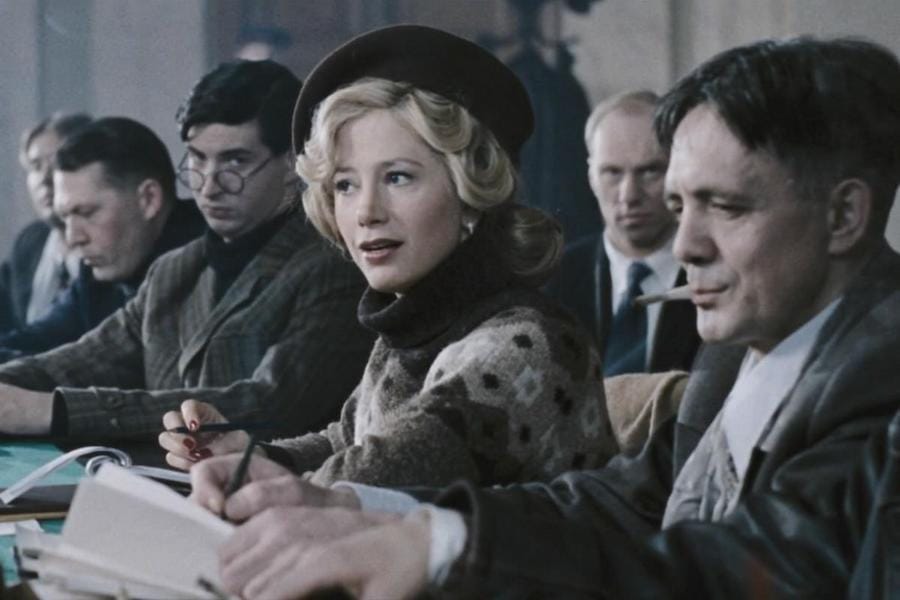 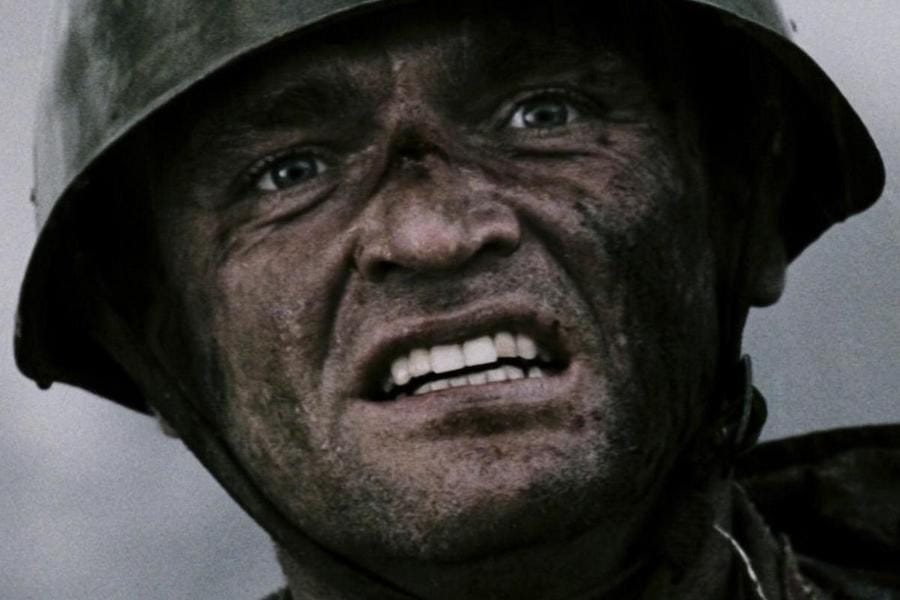 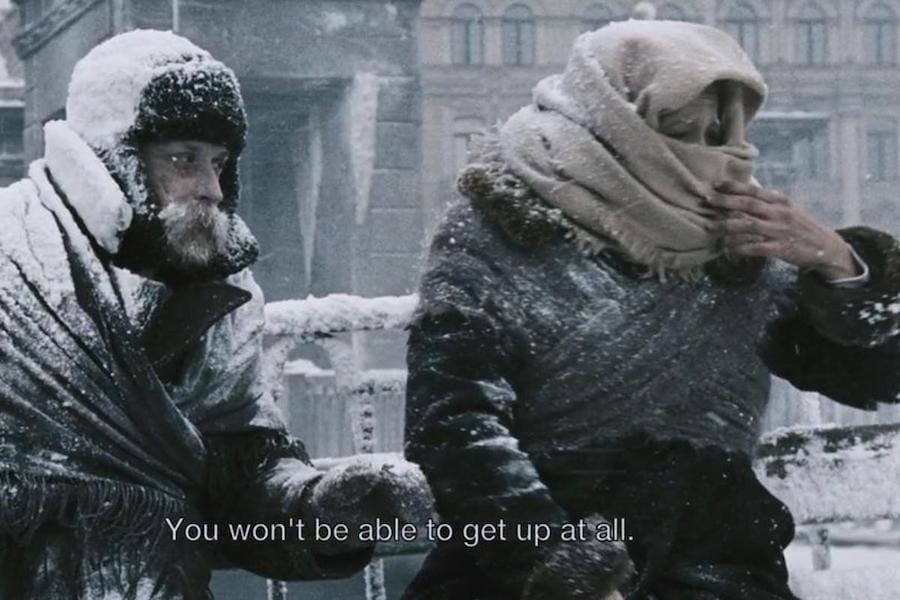 Brest fortress was the strong hold which accounts for 5% of total Germany losses in the first phase of their Russia invasion. When German started the war, the Russian was unprepared, under – powered and defeated easily, their army was in all the way to retreat, except for this fortress. Defensed by a small unit, a regiment formation of soldiers along with their families, the fortress stands for almost a month when German has already advanced hundreds of miles into Soviet territory, leaving the point an isolated symbolically heroic fortification.

Yet they fight to the last man without any food, medical and ammunition supply, without any reinforcement. Alexander Akimov, a 15 year old young cadet of the fortress lived through the bloodshed resistance, trying to help other soldiers and his girlfriend Anya. He is the lone survivor to recall the story. The film is indeed beautiful: it concentrates on normal people, their daily lives and activities, their love, hate and humanly feelings… their choices and fates against the brutalities of war! 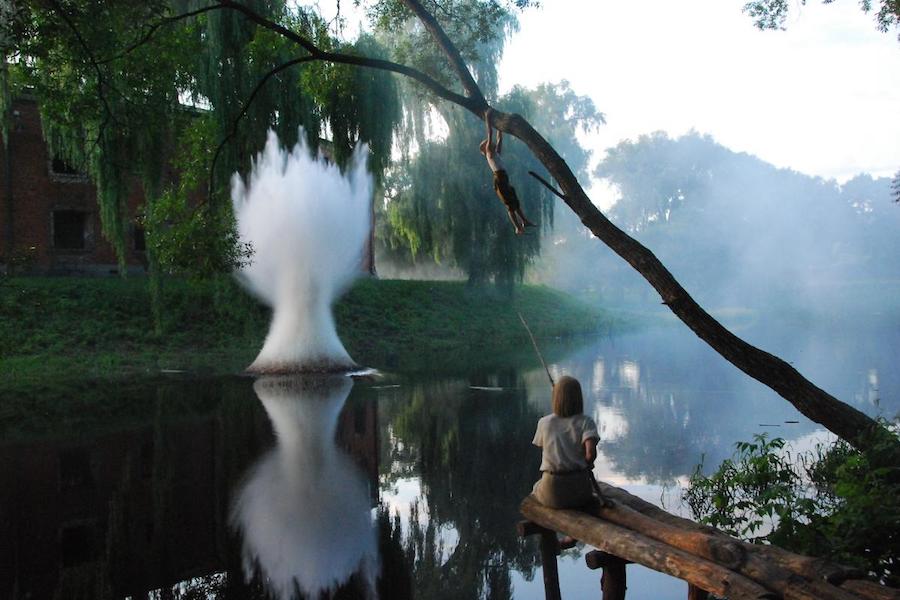 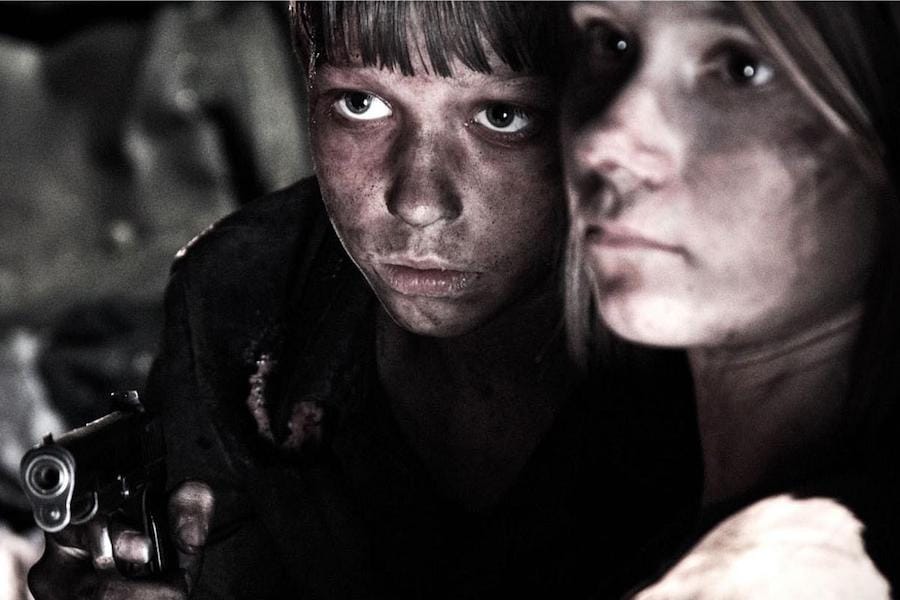 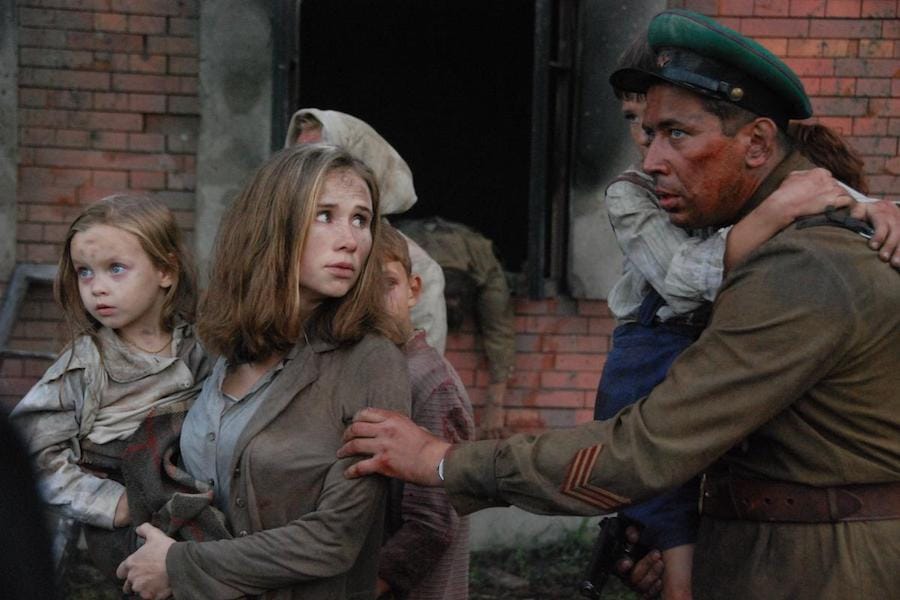 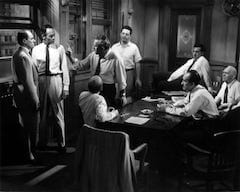 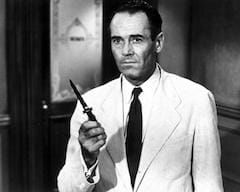 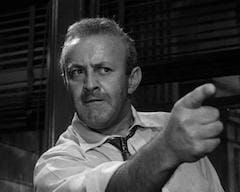 ne of the films I’ve really enjoyed recently, having some free times during the new year holiday to “re – master” some classics. Yes, it is truly a classical master – piece! Off 95 minutes of the picture, almost 90 min is spent in just a single room, with 12 men discussing, arguing, debating… There’s not even a single frame for flashbacks, visualizations or imagined scenes or such things, a 2 – hour continuous hard talk between 12 jurors of a trial’s jury, to decide in a murder case whether a boy is guilty or not.

Although some scenarios in the film are quite predictable, and some details are somewhat illogical (those that could hardly occur in real world), the fascinating part of the film is about the diversity of the jury board: 12 men from different backgrounds, ages, professions… different personalities, their logic systems, their value scales… and their prejudices. Some just doesn’t care, some is more or less “a yes man”, flipping sides at any times, some just want to kill the boy cause he grew up in slum, and slum is where crime was born…

Only one man has the braveness that leads him (and later the whole board) to the truth! The film gets to the core of the American juridical system, and helps explaining why the country has a strong democracy: democratic is built upon the votes (decision making) of a mass, it’s the quality, the responsibility of the mass that decide outcomes. The film also helps explaining why in some countries, dictatorship is the only thing that’s possible. That is, eventually, people get the ruling system, the kind of government they’ve wanted!