t is on the list! To quote the upside down text 😬 (to be read when you’re already bottom-up): the same lines which represented the starting position now represent a fish-eye view of the fully capsized position. The phantom lines represent the upright position, or goal. To right himself, the kayaker:

1. Flicks his wrists to swing his knuckles toward his face, thus causing the outboard edge of the paddle to assme a slight planing angle (not show) with the water surface. The remaining steps constitute one continuous movement, to be done as quickly as possible.

2. With his hips and right hand serving as pivot points, he sweeps his forward paddle blade, and his torso, outward in a 90-degree planing arc on the water surface, as shown from position 1 to 3, while pulling down on his left hand and pushing up on his right, thus lifting himself to the surface.

3. Complete the roll by flicking his wrists to flatten the blade angle, then sharply increasing his opposing hand pressures, thus raising himself in a chinning attitude as the paddle blade sinks and is drawn inward. The roll is now completed. 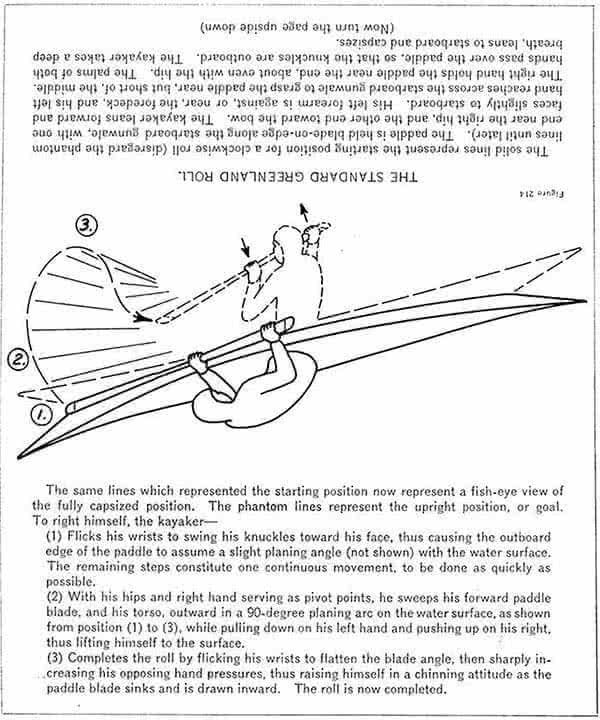