ver thought that the Golden Age of Great Explorers was long over!? Think twice, it’s not quite so indeed. There’re lots of great adventurers out there still nowadays going on redisconvering old things in new ways, in finding the meanings for their lives. Below are just a few of them… men, women; teenagers, middle ages, old ages; paddlers, rowers, sailors… all in a very long list of figures which I follow closely and passionately along their adventurous paths. Read their stories thoroughly to understand their thoughts and attitudes toward life.

The Polish adventurer turned 67 years old as he paddled his 21′ specially – designed kayak across the Atlantic, making more than 6500 miles in 6 months. Departed from Lisbon, Portugal on October 5th, 2013, when landed in Florida, May 23rd, 2014, the man finished a journey believed to be the longest open – water crossing ever made by a kayak in history. It’s not until 40 years old that Aleksander Doba started with kayaking and paddling, he’s been living by the motto: It’s better to live one day as a lion than a thousand years as a lamb. 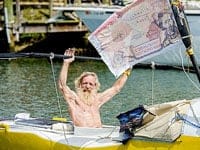 An Australian kayaking instructor with lots of feats under her belt (including a 6000 km journey along the Australian coastline). In 2011, she started out for a trip from Germany to… Australia in an effort to retrace that of Oskar Speck, the legendary German kayaker who made that 50,000 km voyage in seven years from 1932 to 1939. Sandy Robson has finished the 4224 km 1st phase and the 2260 km 2nd phase, and is currently on the 3rd stage of her great journey, cruising Sri Lanka and the India east coast. For more details, follow her website here. 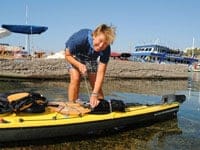 An English ocean rower who crossed the Atlantic in 2006 in 103 days, Roz Savage then finished the 4811 km crossing from California to Hawaii in 99 days in 2008, after a previous failed attempt in 2007. Two additional legs from Hawaii to Tarawa, and from Tarawa to Papua New Guinea were made in 2009 and 2010, finishing the conquest of the largest ocean. Roz Savage successfully completed her Indian ocean crossing on 4th October 2011 in 154 days, becoming the first woman to solo row the “Big Three”: Atlantic, Pacific and Indian oceans. 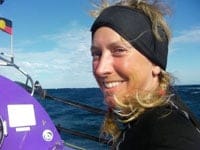 An American sea kayaker notable for his large scale projects and world – record breaking attempts, having kayaked over 14,000 miles since 1983 in various endurance expeditions: the circumnavigations of Iceland, Ireland, New Zealand and Great Britain. I really like his saying: there are very few times in our busy lives where we have the luxury of true solitude. I love the simple focus of these journeys; the physical challenges of the sea balanced by the inner calm which comes from living purposefully and so simply. 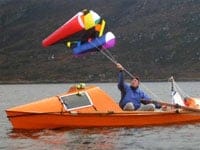 The 14 years old girl, the youngest ever to circumnavigate the globe. Born on a boat, fought the Dutch government intervention and attempt to block her from going out to sea, and sailed the two – year – long, 27,000 miles trip around the world, alone! A stunning record that would stand for many years to come. I remember a few years back, watching her news and updates along the voyage in the 11.4 m boat Guppy at lauradekker.com. Let see also Maidentrip, a 82 minute documentary about the journey around the world, and into adulthood! 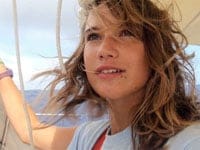 Matt sailed a 27,077 nautical mile lap around North America and South America continents, in 309 days, on his 27′ boat St. Brendan, an incredible feat includes rounding the treacherous Cape Horn and the icy, dangerous Northwest Passage. North of the equator, in a 50 – knot squall on his April 6th birthday, everything broke, once and for all: the engine was toast, the wind generator was finished, there were no lights or power, nothing. Happy birthday, Matt!. For more information, read his website: solotheamericas.org. 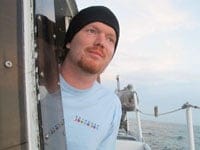 Suffered from a genetic disease (the Ehlers–Danlos syndrome) that kept her in wheelchair for months, Capucine decided to fight and to win, and I had an irresistible urge to go, to get back to sea, to the sea…, J’ai éprouvé un vrai sentiment de plénitude… (I’ve enjoyed a real sense of fullness). Behind the pretty face of great sweetness, this young French woman hides an iron will, with which she sailed across the Atlantic in 2012 and 2013 aboard her Tara Tari, a Bangladesh traditional style fishing boat. Follow her stories at whereistaratari.blogspot.com. 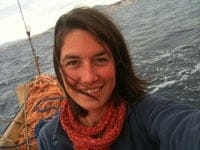