pent a considerable amount of time on optimizing the hull and deck lines. Some little more rocker at the bow, and less (almost square) at the stern. The hull is now a bit finer (less full), hence reducing Cp (prismatic coefficient) further into the [0.48 ~ 0.5] range, quite low indeed. Primary stability is also reduced a bit, with Kmt (transverse metacentric height) at about 21 cm, but the boat is sufficiently stable already.

Cb (block coefficient) is now reduced to 0.33, stepping outside the normal range of [0.35 ~ 0.45]. That is, the boat wouldn’t be very efficient at lighter load, e.g: with the paddler alone. But that would be fine anyhow, since the hull is optimized toward its full displacement, beyond 115 kg. And as confirmed with experiences in my previous kayak Serene – 1, the boat would feel a bit heavier, but more comfortable at full load.

Some other design considerations still need to be done, but they won’t be reflected into the 3D modeling, for the sake of simplicity: the cockpit size and shape, the size and position of the hatches, the rudder and rudder control, etc… Serene – 2 will have a 3rd hatch, or usually called: the day hatch, which locates right behind the cockpit, to store food for lunch and other frequently – accessed things during a paddling day.

2nd image below: the stability curves for various loads: 85, 95, 105, 115 and 125 kg. The curves look exceptionally fine in my eyes, they won’t decrease until 50 degree of heeling angle, and the shapes of the curves closely resemble each other, showing a predictable behavior in hull’s stabilities. Almost done with the designing, I think, next is finding some free times to build the boat in the upcoming months. 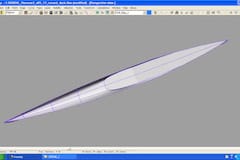 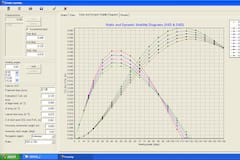 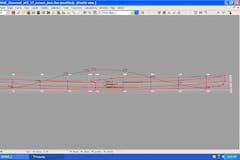 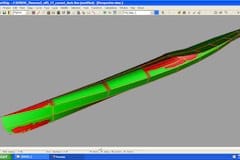