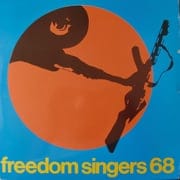 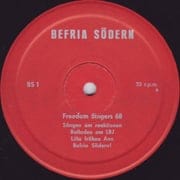 atching the famous film of Forest Gump, you would probably recognize dozens of war-protesting songs very popular the years of 60s, 70s in America: Blowin’ in the Wind (Bob Dylan), Where have all the flowers gone? (Pete Seeger), Mrs. Robinson (Simon & Garfunkel), Against the Wind (Bob Seger), Free Bird (Lynyrd Skynyrd)… American anti-war music, at its height in the Vietnam war, is only known to most of us (Vietnamese) through just some popular pieces.

My name is Joe Bangert. I’m a Philadelphia resident. I enlisted in the Marine Corps for four years in 1967. I went to Vietnam in 1968. My unit in Vietnam was Marine Observation Squadron Six with the First Marine Air Wing and my testimony will cover the slaughter of civilians, the skinning of a Vietnamese woman, the type of observing our squadron did in Vietnam and the crucifixion of Vietnamese either suspects or civilians in Vietnam. (from American thinker)

To my surprise, they also sang Vietnamese songs, such as this Giải phóng miền Nam (To Liberate the South), sang in Vietnamese by Joe Bangert, a famous Vietnam war veteran. It’s notable that the song is national anthem of the Republic of South Vietnam (1969 ~ 1976). If you understand the lyric, you would know how truthful and brave the men of Joe Bangert is, an American to sing: To liberate the South, we are determined to advance, to defeat the American Empire… Advance! The brave people of the South!… Let listen to the what he said prior to singing: It’s the song that they’d fought, it’s the song that they’d sung marching down the Ho Chi Minh trail…