arely I recap newspapers but I do this time, to tell about our ‘golden girls’ at SeaGames 2015 (South East Asian Olympics), which is being held in Singapore. Everybody knows these already, so just mention a few:

Nguyễn Thị Ánh Viên: 18 year old, going on 19, participated in 11 swimming events, won 8 gold medals, broke 8 records, all within her 6 days session at SeaGames this year. Her feast is simply ground – breaking, in addition to the fact that, for the last 50 years, Vietnam has not produced any big name in swimming compared to other countries in the region. She stole the show and has no match in all contents: freestyle, butterfly, medley, backstroke, breaststroke, a ‘rare bird’ Vietnam can be proud of. It’s so fascinating to see her at the finishing line looking back at all her opponents half pool’s length behind! With these achievements, she would be surely promoted from an (army) captain to major, the youngest in our history! 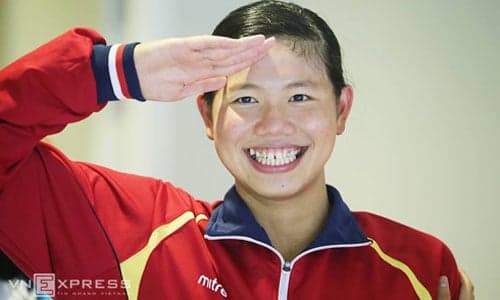 Trương Thị Phương: gold medal (canoeing, single, 200 m), leads the silver by 2 seconds, more than one boat’s length. There’s has been debating whether the girl can swim or not, cause after finishing, her boat capsized and she frighteningly stick to the canoe waiting for the rescue team to come. I’ve been following closed enough to know this: more than 1 year ago, when joining the team, she was nearly dismissed by the coach finding out that she can not swim. It was only for her talent that she was kept in, with a promise to learn swimming immediately. But even so, to all the debating: so what… she is only 16, and still learning… those who mind don’t matter and those who matter don’t mind! 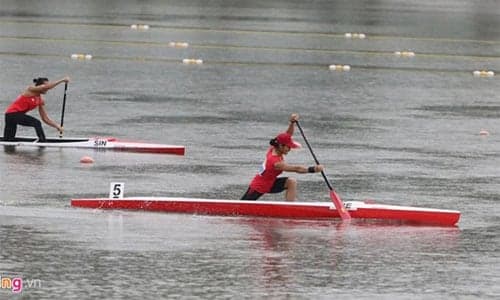 Phạm Thị Thảo, Tạ Thanh Huyền and Lê Thị An, Phạm Thị Huệ: five gold medals in rowing, 500, 1000m. Our female sculling teams are exceptionally strong, they’d won gold and silver at Incheon Asian Games 2014, and secured tickets to compete at World Olympics in Rio de Janeiro, the next year. There’s a long interesting story behind the progresses made by our sculling teams, but that’s another story. I’m so happy to see that Vietnam gradually become stronger in water sports: swimming, paddling, rowing… the recent years. But looking at the table, women are winning more than 70% of all gold. Where has all Vietnamese men gone!? Well, the majority of them are busy drinking and talking bullshit, I guess. 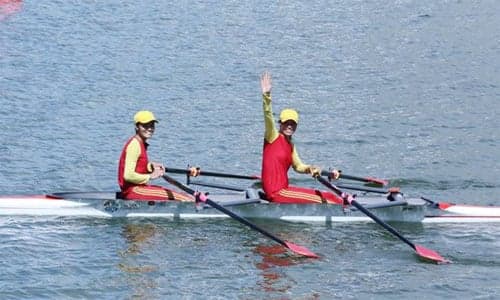