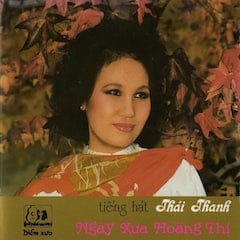 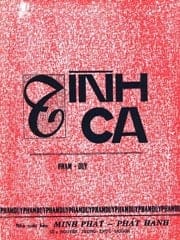 ack to mother land, the genius musician Phạm Duy has published a new album named – Ngày trở về – The return day. Participated in performance are hit divas of contemporary Vietnamese music: Mỹ Linh and Thanh Lam. There’ve been other artists among the performing group (Đức Tuấn, Quang Dũng, Hồng Hạnh, Hồ Quỳnh Hương…), but I just mention some main figures here. The others are far from being called (hit) singer (if not to say that they even ruin the songs they perform). (In Vietnamese song music, there’s quite a distinction between song composer and song performer, they are rarely the same person.)

There have been some opinions on the album. No explicit criticism from officials, and in private places, people mention about the album with some joy & eagerness. The composer himself showed some surprising and satisfied attitude toward the singers. But it should be noticed that the great Phạm Duy is always a good businessman (his market-place style makes some people not to love him sometimes).

Back to the music, Tình ca (Love song) may not be among the musician’s most glamorous songs. But from a social point of view, the song is very special in a way that it is statement for Vietnamese identité nationale (national identity). Generations of Vietnameses have grown up with its tune and verse in their soul.

The song is quite simple: a pure Vietnamese pentatonic scale, balanced and firm arrangement, and little use of microtone notes, compared to many of his other songs which may get really delicate and complicated, and which require the performer not only of skillful vocal techniques but also deep understanding on Vietnamese traditional tunes.

As pointed out in my previous posts (Microtones and Eastern music part 1, part 2, part 3), the microtonal music is special in a way that it can not be scripted by conventional (Western) musical notation. The vibration, duration and movement in notes & tunes are so subtle and delicate that it would take whole life for one to live in a culture to feel and understand them. Each culture has its own microtones as its fingerprints that characterize it with others.

Let “compare” some presentations of this same piece of music, first by Thái Thanh, then by a non-professional singer Lệ Mai, and this final record of Mỹ Linh. Mỹ Linh outperforms others in term of studio techniques. With excellent harmonization done by Đức Trí, the piece sounds really impressive. While Lệ Mai sang emotionally with a single guitar accompaniment, and Thái Thanh ‘s extreme voice was recorded some 40 years ago on LP 78 vinyl disks.

But for one who has enjoyed the old pieces would say: *TOO BAD* upon listening to the new one. Mỹ Linh seems to mimic, with her excellent vocal techniques, some microtonal melody sections that she does not seem to feel and understand.

(notes flatten at end of a section, make shape of a long mountain chain – image notion taken from hoctroviet’s blog)

I myself stress heavily on the microtonal notes, which best describe the music identities. There’s some part in the song that tune comes really close to natural speech with all notes of almost the same pitch, where music comes return to resemble mother tongue in a beautiful and splendid contour. Mỹ Linh has missed all those subtleties out of her presentation.

Where have all the microtones gone?

We won’t talk about preserving traditional music here; things move and have to move. The thing is a way of perceiving and conceiving, an ear of music, when even a most recognized singer can’t feel and express, then a whole school of music has extincted and disappeared to nowadays young Vietnameses.